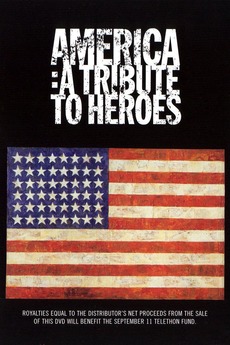 America: A Tribute to Heroes
JustWatch

America: A Tribute to Heroes

Actors and musicians honor those fallen in the September 11 disasters.

A benefit concert and telethon organized by George Clooney and broadcast uninterrupted and commercial-free by the four major television networks just 10 days after the September 11, 2001 attacks on the World Trade Center and The Pentagon to raise money for the victims and their families,