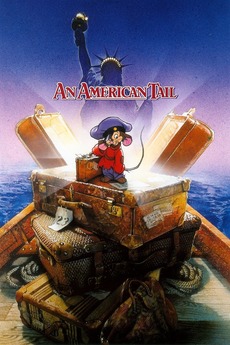 Meet Fievel. In his search to find his family, he discovered America.

A young mouse named Fievel and his family decide to migrate to America, a "land without cats," at the turn of the 20th century. But somehow, Fievel ends up in the New World alone and must fend off not only the felines he never thought he'd have to deal with again but also the loneliness of being away from home.