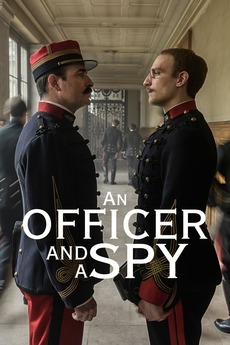 An Officer and a Spy
JustWatch

An Officer and a Spy

In 1894, French Captain Alfred Dreyfus is wrongfully convicted of treason and sentenced to life imprisonment at Devil's Island.

Welcome to the 2019–2020 motion picture awards season, where we keep track of the major feature film and feature documentary…