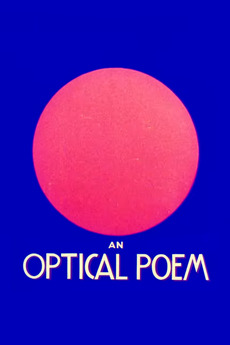 A dance of shapes. A title card tells us this is an experiment in conveying the mental images of music in a visual form. Liszt's "Second Hungarian Rhapsody" is the music. The shapes, all two-dimensional, are circles primarily, with some squares and rectangles, and a few triangles. The shapes move rhythmically to the music: receding from view or moving across the screen. Red circles on a blue background; light blue squares; white rectangles. Then, a red background of many circles with a few in the foreground. Red gives way to blue then to white. Shapes reappear as Liszt's themes re-occur. Then, with a few staccato notes and images, it's over.

Imagine an eye unruled by man-made laws of perspective, an eye un- prejudiced by compositional logic, an eye which does…