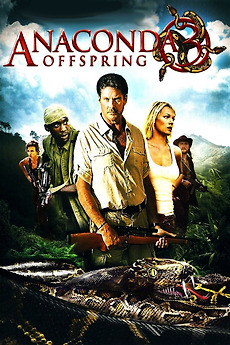 They Can Taste Your Fear

Cancer-terminal tycoon Peter Murdoch's secret Wexel Hall Pharmaceuticals lab has developed a blood orchid extract cure. To examine why it works optimally in snakes, they also bread a super-anaconda strain. But the original pair escapes, leaving a bloody trail of corpses. Murdoch runs, instructing his staff to clean up. They keep failing and being eaten like unsuspecting locals, some alive, even after enlisting ruthless big game hunter Hammett. The fast-growing pregnant monster sheds its skin, thus disabling the only tracking device.