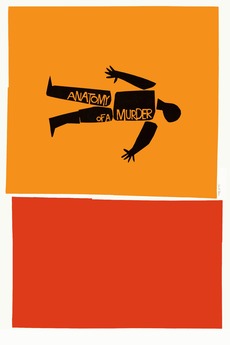 Anatomy of a Murder
JustWatch

No search of human emotions has ever probed so deeply, so truthfully as… Anatomy of a Murder.

Semi-retired Michigan lawyer Paul Biegler takes the case of Army Lt. Manion, who murdered a local innkeeper after his wife claimed that he raped her. Over the course of an extensive trial, Biegler parries with District Attorney Lodwick and out-of-town prosecutor Claude Dancer to set his client free, but his case rests on the victim's mysterious business partner, who's hiding a dark secret.