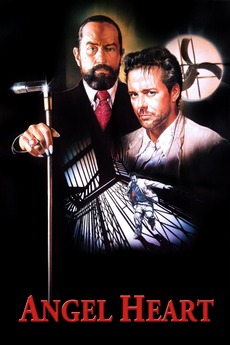 Harry Angel has been hired in search for the truth. Pray he doesn't find it.

Down-and-out private detective Harry Angel is ordered by the mysterious Louis Cyphre to go on a mission to find a missing person. His routine failure soon leads to a bloody spar with himself, as he goes on a supernatural journey into his own soul.