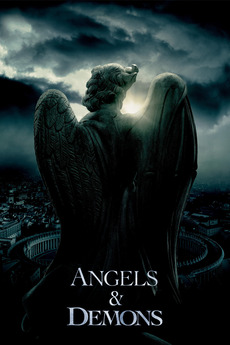 The holiest event of our time. Perfect for their return.

Harvard symbologist Robert Langdon is recruited by the Vatican to investigate the apparent return of the Illuminati - a secret, underground organization - after four cardinals are kidnapped on the night of the papal conclave.

forgive me father for i have sinned