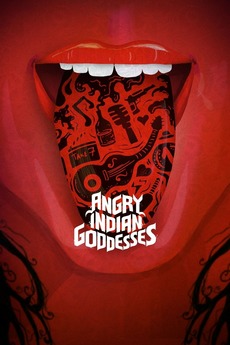 Frieda, a fashioncommercial photographer trying to find her own art, gathers her closest girlfriends from all over India to travel to Goa for a surprise announcement: she’s getting married! Thus begins an impromptu bachelorette celebration that lasts for a full week. A riotous roller-coaster ride of girl bonding; friendships, break ups, make ups, fuck ups, passion, devastation, hesitation, terrorization and self realization. Amidst the fun and frenzy, heartbreak and heartache, passion and obsession, youth and innocence, secrets tumble out, tensions emerge, bonds are formed and emotions run high. Soon events will take a more serious turn, but for the moment these women are determined to seize the day.