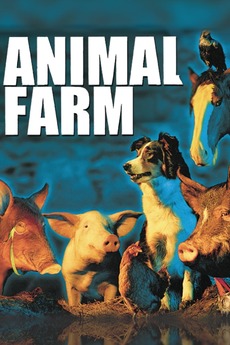 An animated film from 1999 based on the famous novel by George Orwell. Animals on a farm lead a revolution against the farmers to put their destiny in their own hands. However this revolution eats their own children and they cannot avoid corruption.