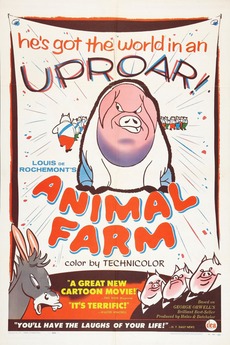 He's got the world in an UPROAR!

A successful farmyard revolution by the resident animals vs. the farmer goes horribly wrong when corrupt pigs hijack it for their personal gain.