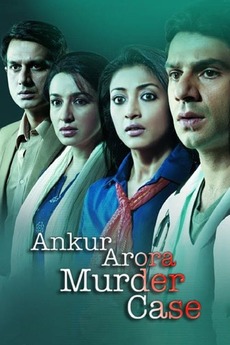 Romesh (Arjun Mathur) was a young medical intern who dared to dream. He was in awe of Dr. Asthana (Kay Kay Menon), the Chief of Surgery of the Shekhawat General Hospital. All he wanted to was be like him. He lived in with Riya, his co-intern and the love of his life. However, when an eight year old boy, Ankur dies due to Dr. Asthana's medical negligence, Romesh realises that a good surgeon is not necessarily a good person. Together with Ankur's mother Nandita, Dr Romesh sets out on a turbulent journey to fight for what is right. A fight for justice against his mentor, the hospital and the love of his life

I love this list by SweetAsChigurh. The proper title is / \