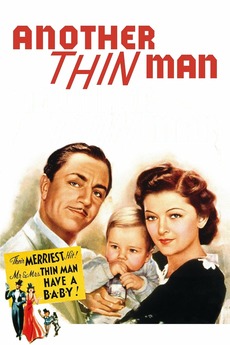 Their Merriest Hit! Mr. and Mrs. Thin Man Have a B-A-B-Y!

Not even the joys of parenthood can stop married sleuths Nick and Nora Charles from investigating a murder on a Long Island estate.