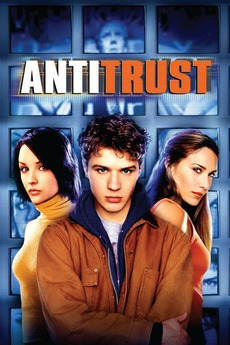 Truth can be dangerous...Trust can be deadly.

A computer programmer's dream job at a hot Portland-based firm turns nightmarish when he discovers his boss has a secret and ruthless means of dispatching anti-trust problems.

«I've seen things you people wouldn't believe ... All those moments will be lost in time, like tears in rain.»…