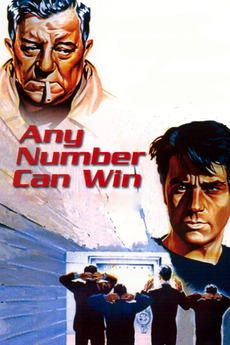 Any Number Can Win
JustWatch

Any Number Can Win

Charles, fresh out of jail, rejects his wife's plan for a quiet life of bourgeois respectability. He enlists a former cell mate, Francis, to assist him in pulling off one final score, a carefully planned assault on the vault of a Cannes casino.

Before his death in 1998, famed Japanese director, Akira Kurosawa discussed his top 100 films with his daughter, Kazuo. Kurosawa…

Updated on 11/29/2020 - A list, arranged in order of original release, of all films associated with the Criterion Collection,…

Updated through the February 2021 announcement

The fourth in our series of genre polls at the SCFZ film forum covered film noir. As in our other…