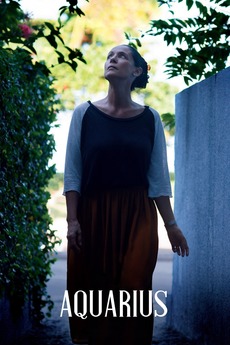 Clara, a 65-year-old widow and retired music critic, was born into a wealthy and traditional family in Recife, Brazil. She is the last resident of the Aquarius, an original two-story building, built in the 1940s, in the upper-class, seaside Boa Viagem Avenue. All the neighboring apartments have already been acquired by a company which has other plans for that plot.