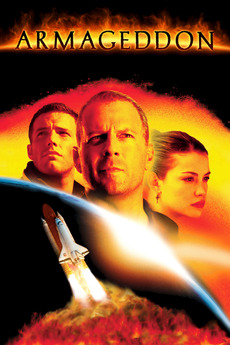 The Earth's Darkest Day Will Be Man's Finest Hour

When an asteroid threatens to collide with Earth, NASA honcho Dan Truman determines the only way to stop it is to drill into its surface and detonate a nuclear bomb. This leads him to renowned driller Harry Stamper, who agrees to helm the dangerous space mission provided he can bring along his own hotshot crew. Among them is the cocksure A.J. who Harry thinks isn't good enough for his daughter, until the mission proves otherwise.

Criteria is May through August US release dates , so sorry to The Matrix, LOTR, The Incredibles, even Infinity War/Endgame…

this list very much in development, sorry if it doesn't make a whole lot of sense yet, I'm still making…