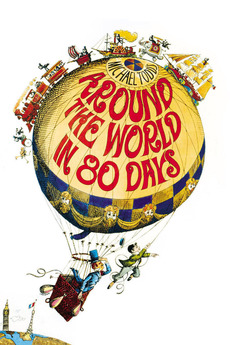 Around the World in Eighty Days
JustWatch

Around the World in Eighty Days

It's a wonderful world, if you'll only take the time to go around it!

Based on the famous book by Jules Verne the movie follows Phileas Fogg on his journey around the world. Which has to be completed within 80 days, a very short period for those days.

A list of all the films that have won the Academy Award for Best Picture, in chronological order.