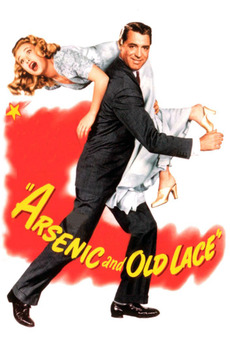 She Passed Out On Cary! No Wonder . . . She's just discovered his favorite aunts have poisoned their 13th gentleman friend!

Mortimer Brewster, a newspaper drama critic, playwright and author known for his diatribes against marriage, suddenly falls in love and gets married; but when he makes a quick trip home to tell his two maiden aunts, he finds out his aunts' hobby - killing lonely old men and burying them in the cellar!