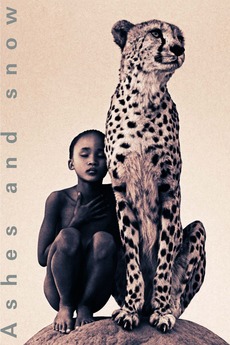 Ashes and Snow, a film by Gregory Colbert, uses both still and movie cameras to explore extraordinary interactions between humans and animals. The 60-minute feature is a poetic narrative rather than a documentary. It aims to lift the natural and artificial barriers between humans and other species, dissolving the distance that exists between them.