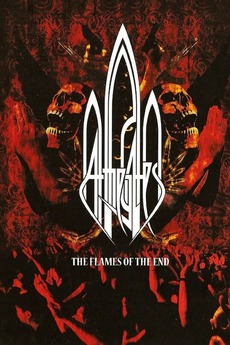 At the Gates: The Flames of the End
JustWatch

At the Gates: The Flames of the End

The Flames of the End is a three-disc DVD set from Swedish metal band At the Gates. Its main feature is a 2-hour+ documentary detailing the history of the band and their successful reunion tour, directed by guitarist and founding member Anders Bjorler. The set also includes their set from Wacken Open Air 2008 on the second disc, and a collection of songs from various venues, music videos and deleted scenes from the documentary on the third. The set is packaged in a digipak with a 40-page booklet. Earache records has also made available a limited-edition set including an LP, CD, shirt, belt buckle, keyring, patch and 4 plectrums. Bjorler has described the DVD as "a fine last document for the band"