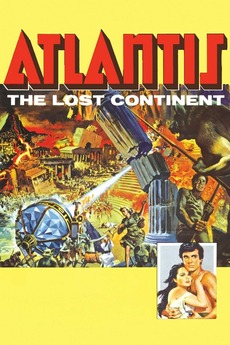 A Greek Fisherman brings an Atlantean Princess back to her homeland which is the mythical city of Atlantis. He is enslaved for his trouble. The King is being manipulated by an evil sorcerer who is bent on using a natural resource of Atlantis to take over the world. The Atlanteans, or rather the slaves of Atlantis, are forced to mine a crystalline material which absorbs the suns rays. These crystals can then be used for warmth. The misuse of science has created weapons out of the crystals that can fire a heat ray to destroy whatever it touches.