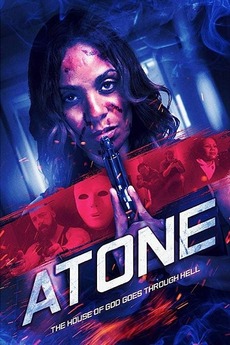 The House of God Goes through Hell.

Former special ops soldier, Laura Bishop, shows up for work at the largest church in America and is forced to take down a team of hijackers when she learns her daughter is trapped inside.