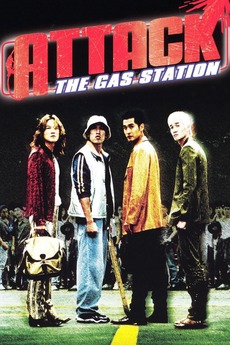 Just when you wanted to laugh, here they come.

A quartet of disaffected Korean youths have robbed a Seoul gas station. After taking the gas station over, their wacky antics ensue; forcing the manager to sing, kidnapping customers that complain about the service, and staging fist-fights between street gang members and gas station employees; all of these reflect their own gripes against society.