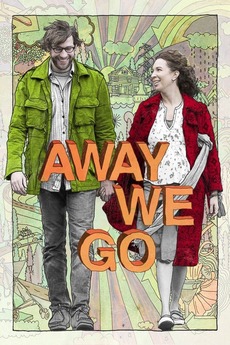 Away We Go
JustWatch

Verona and Burt have moved to Colorado to be close to Burt's parents but, with Veronica expecting their first child, Burt's parents decide to move to Belgium, now leaving them in a place they hate and without a support structure in place. They set off on a whirlwind tour of of disparate locations where they have friends or relatives, sampling not only different cities and climates but also different families. Along the way they realize that the journey is less about discovering where they want to live and more about figuring out what type of parents they want to be.