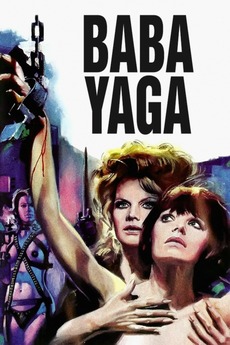 Caroll Baker stars in this psychedelic shocker about a mysterious witch who casts a spell over attractive, youthful fashion photographer Valentina Rosselli (Isabelle De Funes). Thrust into a world of sadism, Valentina must figure out whether the torture being inflicted on her is because of one woman's twisted agenda … or a curse known as Baba Yaga.