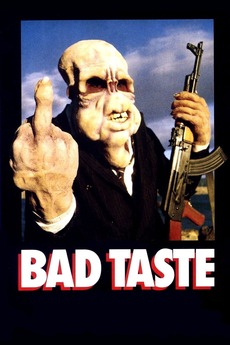 A team from the intergalactic fast food chain Crumb's Crunchy Delights descends on Earth, planning to make human flesh the newest taste sensation. After they wipe out the New Zealand town Kaihoro, the country’s Astro-Investigation and Defense Service (AIaDS) is called in to deal with the problem. Things are complicated due to Giles, an aid worker who comes to Kaihoro the same day to collect change from the residents. He is captured by the aliens, and AIaDS stages a rescue mission that quickly becomes an all-out assault on the aliens’ headquarters.