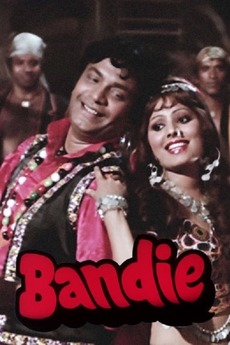 Maharaj Brajbhan lives a wealthy lifestyle in Bharatpur, India along with his wife, Badi Rani, but have been unable to conceive for Bharatpur, and have no choice but to leave it's reigns with Brajban's widowed cousin, Vikram, and his son, Kanchan. When Vikram finds out that Badi Rani is pregnant, he plots to first sully her character by having her abducted, then shunned by the Maharaj, and then decides to have her killed. But her killer has a change of heart and lets her live. She gives birth to a son, names him Bhola, and starts living a simple lifestyle in a Mandir with the help of it's Poojary. Years later Vikram finds out she is alive and kills her, as well the Poojary and the Poojary's son. Bhola witnesses this, manages to escape, starts to live with a poor widow, grows up uneducated, and makes a living through crime.