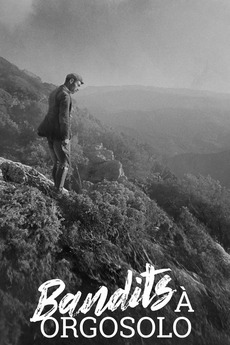 A Sardinian peasant is implicated in the murder of a policeman and, although innocent, he doesn’t give himself up, lacking faith in the judicial system and fearing that he may lose his sheep while awaiting trial. He leaves for the mountains with his brother but life is difficult and his flock dies. Returning to the town he discovers his family in abject poverty. He procures a gun and, forced by his social predicament, resorts to banditry.