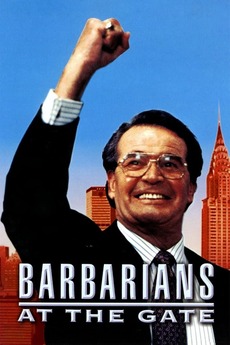 Barbarians at the Gate
JustWatch

Barbarians at the Gate

A television movie based upon the book by Bryan Burrough and John Helyar, about the leveraged buyout (LBO) of RJR Nabisco.