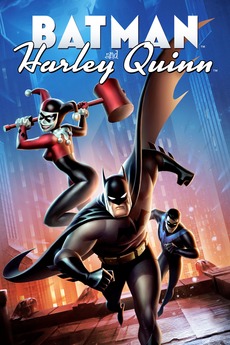 Gotham City's heroes need a super-villain to fight for justice.

Batman and Nightwing are forced to team with the Joker's sometimes-girlfriend Harley Quinn to stop a global threat brought about by Poison Ivy and Jason Woodrue, the Floronic Man.

Films based on DC comics.