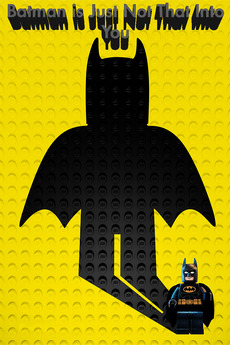 Batman Is Just Not That Into You
JustWatch

Batman Is Just Not That Into You

On the Dr. Quinn Show The Joker is breaking up with his longtime enemy, Batman. An animated short on the home entertainment release of The Lego Batman Movie.

The only true cinema

Every feature, short, and fan film that has Batman as a character or is about Batman. Excluding Batman homages (e.g.…

All of the Batman movies. Including fan films, documentaries, bootlegs, parodies, collections, short films, and other weird stuff on Letterboxd.…