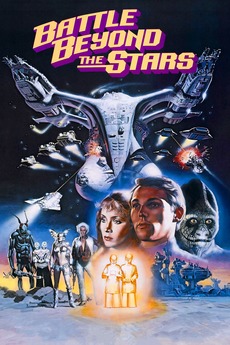 A battle beyond time, beyond space.

A young farmer assembles a band of diverse mercenaries to defend his peaceful planet from an evil tyrant.