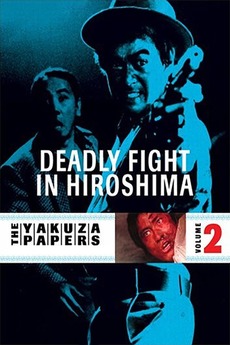 Battles Without Honor and Humanity: Deadly Fight in Hiroshima

Repeatedly beat to a pulp by gamblers, cops, and gangsters, lone wolf Shoji Yamanaka finally finds a home as a Muraoka family hitman and falls in love with boss Muraoka's niece. Meanwhile, the ambitions of mad dog Katsutoshi Otomo draws our series' hero, Shozo Hirono, and the other yakuza into a new round of bloodshed.