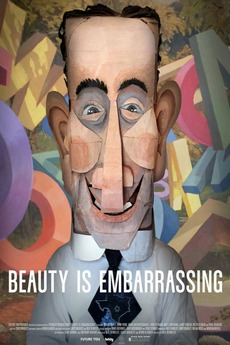 Raised in the Tennessee mountains, Wayne White started his career as a cartoonist in NYC. He quickly found success as one of the creators of the Pee-wee's Playhouse TV show which soon led to more work designing some of the most arresting and iconic images in pop culture. Recently his word paintings featuring pithy and and often sarcastic text statements finely crafted onto vintage landscape paintings have made him a darling of the fine art world. The movie chronicles the vaulted highs and crushing lows of an artist struggling to find peace and balance between his professional work and his personal art. This is especially complicated for a man who struggles with the virtues he most often mocks in his art...Vanity, ego and fame.

Documentary titles that profile painters, sculptors, conceptual artists, and other creative types in the art world. To keep this list…