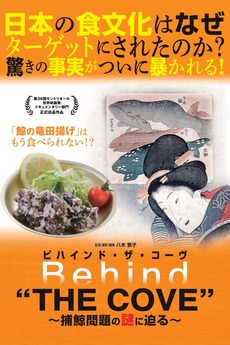 Negative media coverage on the never-ending whaling issue prompted first-time documentary filmmaker Keiko Yagi to find out more about the topic. With no budget, limited experience in filmmaking, no fluency in English, but armed with a video camera and a strong desire to find out about the truth of the matter on whaling, Yagi started her research.

I retroscena di The Cove: i giapponesi rompono il silenzio, Behind "The Cove": The Quiet Japanese Speak Out