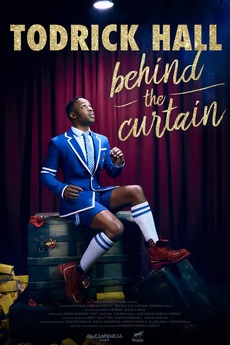 Behind the Curtain: Todrick Hall
JustWatch

Behind the Curtain: Todrick Hall

Known for his campy, totally funky music videos, Todrick Hall—a vibrant, lovable, and fabulously gay artist bursting with creative energy—takes you behind the scenes as he launches his most ambitious project to date: the original stage musical "Straight Outta Oz."