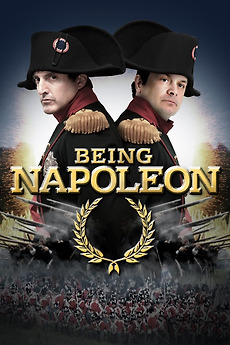 As over 6,000 immaculately dressed military re-enactors, men and women, gather for the 200th anniversary of the epic Battle of Waterloo, some of them representing real individuals from the time, whether ‘humble foot-soldiers’, ‘officers’ or the great ‘Marshal Ney.’ who is unfortunately less adapt at horsemanship than the original, the real battle is taking place elsewhere: American Mark Schneider, considered the best Napoleon in the business, vs. Frenchman Frank Samson, uniform-maker extraordinaire, as to who will be Emperor on the day. There was only one Napoleon, there can be only one Napoleon, but the Belgians are in charge, unrest is growing in the ranks, there is an outstanding prison sentence to be served, an unpaid bill for parking to which the ‘Empress Josephine’ also has something to say, and as to who meets their Waterloo first, you’ll just have to watch.