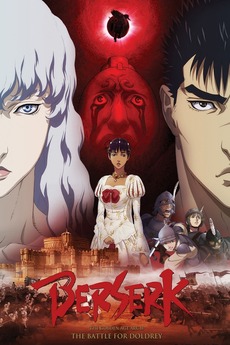 Berserk: The Golden Age Arc II - The Battle for Doldrey

The Band of the Hawk participates in the Midland war campaign. On the bloody battlefield, they conquer decisive victories that lead them to Doldrey, an old fortress that will decide the outcome of the war.

Asian Animation watched in the last years. More on Anime Planet or Anilist

I've picked out all the films (anything that was not an anime series, TV or otherwise, but including shorts) I…