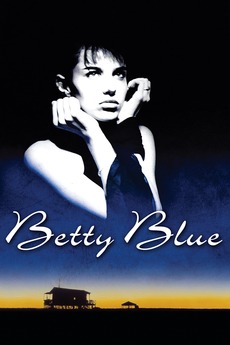 Betty Blue, a mentally unbalanced and sexually aggressive free spirit who becomes involved with Zorg, a repairman moonlighting as a writer. The two engage in a variety of sexual encounters, and grow more passionate toward each other. Betty finds Zorg’s book and is aggressively supportive; over time, her instability begin to catch up with her, leading to a grisly and shocking conclusion.