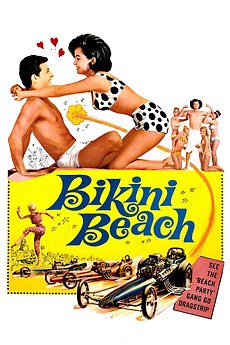 It's where every torso is more so, and bare-as-you-dare is the rule!

A millionaire sets out to prove his theory that his pet chimpanzee is as intelligent as the teenagers who hang out on the local beach, where he is intending to build a retirement home.

looking camp right in the 👁