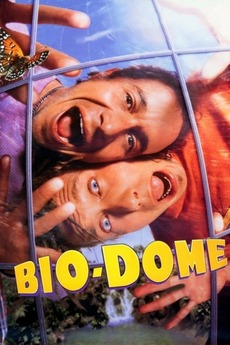 Bud and Doyle are two losers who are doing nothing with their lives. Both of their girlfriends are actively involved in saving the environment, but the two friends couldn't care less about saving the Earth. One day, when a group of scientists begin a mission to live inside a "Bio-Dome" for a year without outside contact, Bud and Doyle mistakenly become part of the project themselves.