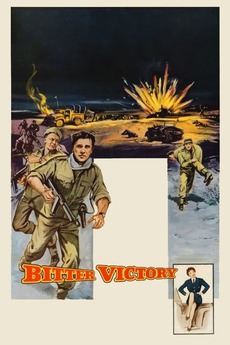 THE DESERT COMMANDO RAID THEY WIPED OFF THE RECORD BOOKS!

During the second world war, two British officers, Brand and Leith, who have never seen combat are assigned a vital mission. Their relationship and the operation are complicated by the arrival of Brand's wife, who had a tryst with Leith years earlier.

the entire history of cinema