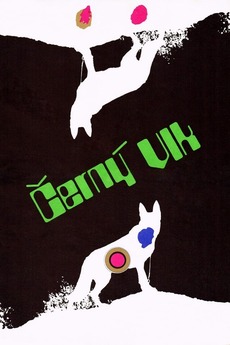 In the thick woods at the edge of the Bohemian Forest, two border guards are keeping watch - rifleman Kucera (Rudolf Jelínek) and dog handler Stencl (Josef Hajducík), whose sluggishness and clumsiness have won him the nickname Simpleton. The official army dog, the bitch Líza, picks up the scent of an alien dog on the German side - Black Wolf. She bites through her leash and runs away. Soon afterwards, the border boundary was interrupted. The two soldiers are wounded in the gunfire that follows, but Stencl's shot also hits the target and the intruder - an attractive woman in a black jersey - is dead. The investigation reveals that this agent knew someone among the local residents. The locals are all called in to identify the body but nobody admits to knowing the woman.