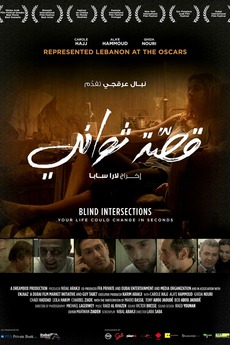 Three protagonists, one city, different backgrounds: Nour, India and Marwan pass each other but they never meet, though the effect of one incident will drastically alter their lives. Caught in a moment, their lives fall apart in just a matter of seconds.

[Status: Will update with more soon] All films listed would be part of my long-running "Middle Eastern" project: hopefully before…

Films that are about, set in Lebanon and/or directed by Lebanese.

Feature films I've seen which are directed by women. Given the interplay of memory and time, any ordering below should…

This list isn't final. Still discovering the old jewels that are very hard to find. Adding some movies that are…

Essential Lebanese Films - including all Academy submissions and works by major award-winning filmmakers.

the type of movies where every story is different but the have a common concept.. i'm open to any suggestions.