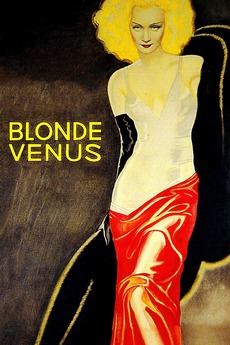 What could she do but flee from love? She loved two men at once!

American chemist Ned Faraday marries a German entertainer and starts a family. However, he becomes poisoned with Radium and needs an expensive treatment in Germany to have any chance at being cured. Wife Helen returns to night club work to attempt to raise the money and becomes popular as the Blonde Venus. In an effort to get enough money sooner, she prostitutes herself to millionaire Nick Townsend.