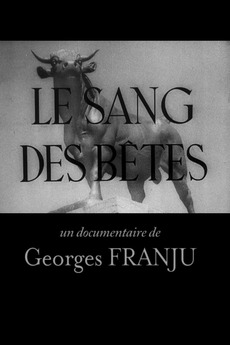 An early example of ultra-realism, this movie contrasts the quiet, bucolic life in the outskirts of Paris with the harsh, gory conditions inside the nearby slaughterhouses. Describes the fate of the animals and that of the workers in graphic detail.