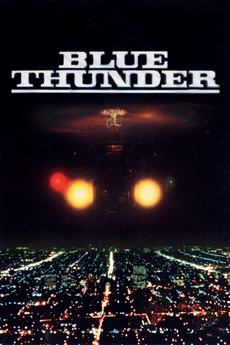 Los Angeles, California. Officer Murphy, a veteran Metropolitan Police helicopter pilot suffering from severe trauma due to his harsh experiences during the Vietnam War, and Lymangood, his resourceful new partner, are tasked with testing an advanced and heavily armed experimental chopper known as Blue Thunder.