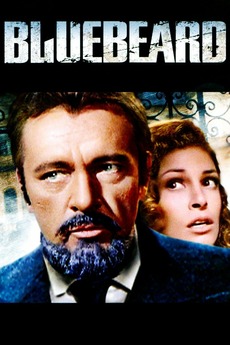 He had a WAY with the world's most beautiful, most seductive, most glamorous women ...he did AWAY with them.

Baron von Sepper is an Austrian aristocrat noted for his blue-toned beard, and his appetite for beautiful wives. His latest spouse, an American beauty named Anne, discovers a vault in his castle that's filled with the frozen bodies of several beautiful women.