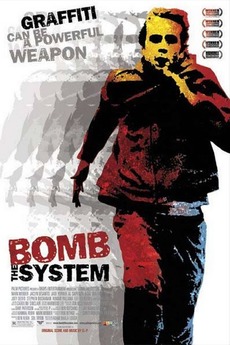 Graffiti Can Be A Powerful Weapon

Anthony ‘Blest’ (Mark Webber) is one of the most talented and notorious graffiti artists in New York City. Despite the tragic loss of his older brother during a nightly 'bombing' foray with a graffiti crew, Anthony has the same insatiable addiction. With the other members of his ‘crew,’ Anthony parties, shoplifts spray-paint and 'tags' virgin walls with his signature 'Blest.' He does his best to avoid run-ins with the cops and hostile rival crews, but he can’t avoid the pressure from his mother to attend college, and from his girlfriend to leave New York with her. As tensions rise, a physical threat from the cops causes the crew to intensify their bombing excursions, calling an all out war on the city. When the inevitable confrontation happens, a tragedy results that pushes Anthony to make a decision that has even darker consequences.